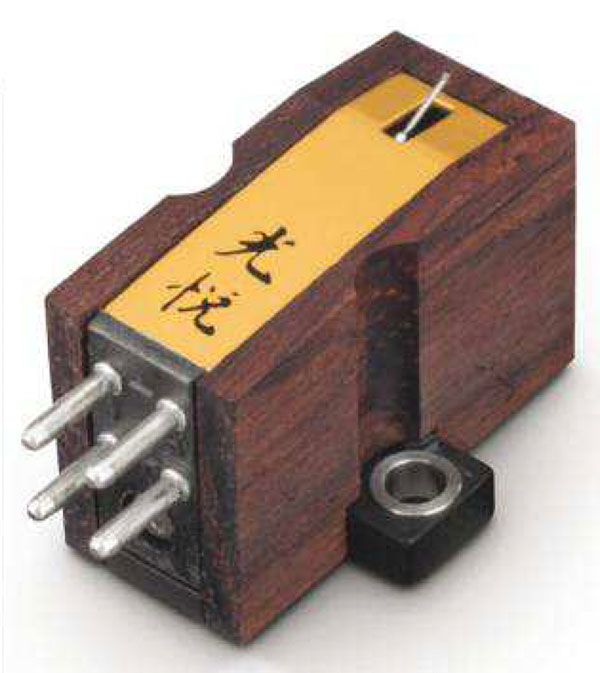 In 1964, Shure Brothers shook up the cartridge market by introducing the original V-15 moving magnet cartridge, which cost $67 then, or about $530 today. It was packaged in a luxury jewelry-style wooden box—a common practice for cartridges today, but unheard of at the time.

In 1968 I had saved up for a V-15 Type II and installed it in a Dual 1009SK record player. wow! But, committed to the principle of using low vertical tracking force (VTF) to minimize damage to my record grooves, I set the tonearm for the V-15 II’s recommended minimum VTF of 0.75 g – and, as the Shure’s stylus ricocheted off the grooves, ruined quite a few records. After few games, the result was a low level crackle.

I quote these affordable models to sweeten you up for the expensive ones I review here. No one will describe a $900 cartridge as “cheap”, and models priced in that range, such as the Hana SL or the Ortofon 2M Black, each equipped with a Shibata stylus, solve many low level issues. detail and, properly put together, have gentle dispositions. But it’s pretty easy to demonstrate that, generally speaking, the more you spend on a cartridge, the better the sound quality. I wish it were otherwise.

Koetsu Rosewood Mono Moving Coil Cartridge
Do you remember hearing your first Koetsu? Mine was in the late 1970s, in Santa Monica, California, at Absolute Audio, a store in an apartment that overlooked the Pacific and owned by the late John Dudley and his partner, Randy Cooley, who now owns Optimal Enchantment ( also in Santa Monica). When I came to California in 1978, these guys became my audio gurus.

During one visit, the guys from Absolute sat me down to listen to the original Koetsu Rosewood. This moving coil cartridge reproduced colors – everything I had heard until then sounded monochromatic. Not that I could afford the roughly $800 a rosewood cost at the time.

It is now 40 years later. Koetsu’s founder, the legendary Yoshiaki Sugano – swordsmith, technician, craftsman and former Toyota executive – left this world 15 years ago (footnote 1), but not before teaching his design and construction techniques to his children and for entrusting them with the business. Koetsu has always been a quirky company shrouded in mystery, with no web presence and a convoluted, ever-changing distribution, currently via MoFi Distribution (footnote 2). You won’t find mention of the $3495 Rosewood Mono on MusicDirect.com, or on MoFi Distribution’s Koetsuaudio.com site. When I asked about it, a spokesperson wrote, “This is a really old fashioned company; they just create products and hardly provide any information.”

In my opinion, this is ridiculous and unacceptable, but that’s the way it is. At least you can be sure of excellent customer service and support from MoFi Distribution.

Is the Rosewood a true mono cartridge or an internally tethered stereo model to output mono? I have no idea. It remains for me to provide specifications for the stereo Rosewood from Koetsu. The voice coils of the Rosewood are wound with copper wire whose purity is not specified. The cartridge uses a samarium-cobalt magnet and a boron cantilever. Its stylus profile is not part of the specifications. The output is specified at 0.4 mV, the internal impedance at 5 ohms. The combination of generous output and low impedance indicates either a strong magnet and relatively few coils, which generally results in higher speed and detail, or an old ferrous one, which increases magnetic efficiency and the output voltage at the expense of some details.

Either way, you don’t buy a Koetsu Rosewood Mono for ultra-resolution, speed, and detail retrieval. You buy it for Technicolor harmonics, slightly sweet attacks, ultra-generous and lush sustain, and a moderately well-defined decay that is somewhat obscured by the generous sustain. It’s the classic sound of Koetsu’s rosewood-bodied models, but less of the lacquered rosewood Urushi, and certainly not true of the stone-bodied models, of which there are quite a few.

Rosewood weighs 8.9g, compliance is specified as 5×10–6cm/dyne at 100 Hz (the “old-fashioned” measurement standard, which translates to about 10 × 10–6 to the 10 Hz standard most commonly used today), while the claimed frequency range is 20 Hz to 100 kHz, a maximum frequency that no recording groove can contain. This unsurprising cartridge is designed to track at 1.8–2g and an 80–1000 ohm load. I ran it into one of the current mode inputs of the CH Precision P1 phono preamplifier to completely avoid the loading issue.

To me, the the reference monaural recording is the Analogue Productions reissue of Duke Ellington Ellington Masterpieces (Columbia/APJ 4418-45), one of the greatest recordings of the modern era, mono or stereo, and a record that belongs in every vinyl collection. AP’s recent edition on two 45 rpm LPs gives each of the four suites its own side, and it sounds even better than their already ear-opening 33 1/3 single-disc edition. Played through even the driest system, masterpieces produces profusions of harmonic richness. Through the Rosewood mono it was in full bloom, though somewhat at the expense of bass attack and transient bite in the muted “laughing” trumpet of “Mood Indigo” – but Yvonne Lanauze’s vocals had the lush, velvety texture and three-dimensionality that epitomizes the Koetsu sound. The recording’s surprisingly three-dimensional mono soundstage and solid imagery were presented reasonably well, but I heard this recording produce a lot more sparkle, solidity, and instrumental layering. 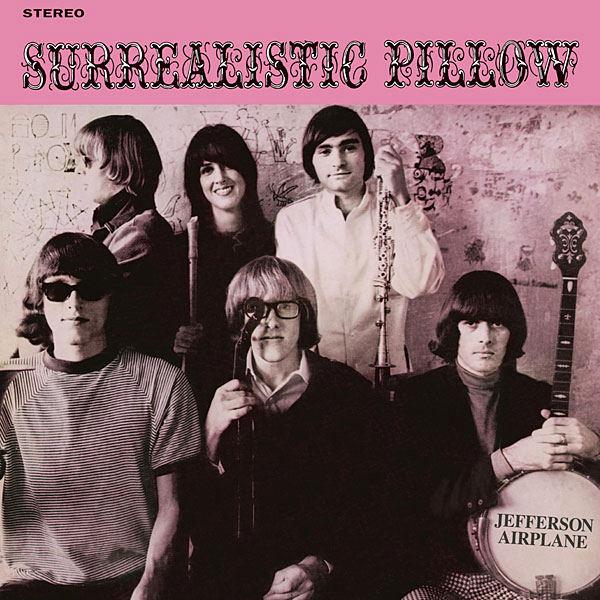 Play Mobile Fidelity Sound Lab’s jaw-dropping mono reissues of Bob Dylan’s mystique John Wesley Smith (Columbia/MFSL 2-264) and Jefferson Airplane’s surreal pillow (RCA/MFSL 2-456)—the latter a staple—told me that the Rosewood is best for classical and jazz lovers, who tend to like things on the polished, easy-listening side, but not so much for rockers. That’s not to say the top end didn’t stretch well or their bottom wasn’t satisfying. They were just sweeter than I like them.

Sweetened high-frequency transients diminished the majesty of Jorma Kaukonen’s acoustic guitar in the Airplane’s “Embryonic Journey,” and in the Dylan, sweetened low-end transients somewhat muddyed Charles McCoy’s exceptionally recorded electric bass. The Kinks mono box set, The Kinks: the Mono collection (10 LPs, Sanctuary Records Group, Ltd., KINKSBOX 003), mastered by Kevin Gray from the original analog tapes, should sound razor sharp and not polished at all. The Rosewood was not ideal for this kind of music or this kind of recording.

The Koetsu Rosewood Mono certainly has an audience, and its members know who they are. It’s also a good choice if your system needs a bit of transient smoothing.

Kuzma CAR-50 and CAR-60 moving coil cartridges
Despite the abundance of cartridges made in Japan, the number of companies that manufacture them is somewhat limited. It’s a difficult world for Westerners to enter, but what’s clear is that aside from companies such as Lyra, Audio-Technica, Denon and Miyajima Laboratory, which design and manufacture all their cartridges in-house, some manufacturers manufacture for many brands. 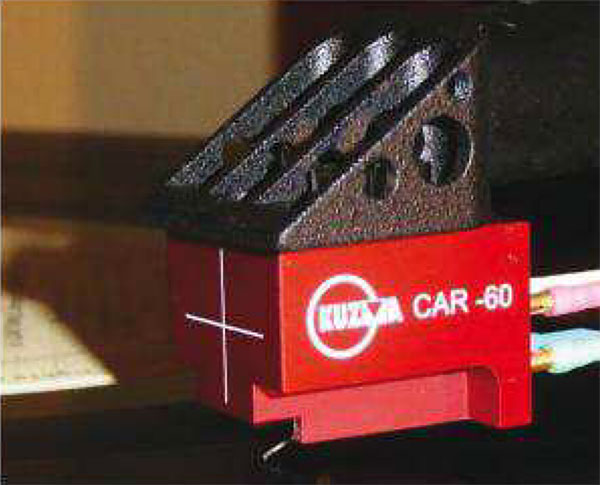 We know that Yoshio Matsudaira, whose own brand is My Sonic Lab, also manufactures cartridges to specifications from Accuphase, Air-Tight, Haniwa, TechDAS and others. Although each of these cartridges has its own sound, they share a certain house sound.

Just as I was writing that last sentence, an email arrived from MoFi announcing that it would now be distributing My Sonic Lab in the United States, and that My Sonic Lab had also, at times, been a manufacturer of original equipment (OEM) for Koetsu, Miyabi and Supex.

When Franc Kuzma decided to offer a range of cartridges to complement his tonearms and turntables, rather than starting from scratch (so to speak), he wisely headed to Japan. It won’t divulge the name of its OEM, but says they have “over 50 years of experience building cartridges.” I’d bet that, say, Jonathan Carr from Lyra would know the OEM’s ID, but I’d rather not ask, and I’m not sure that matters.