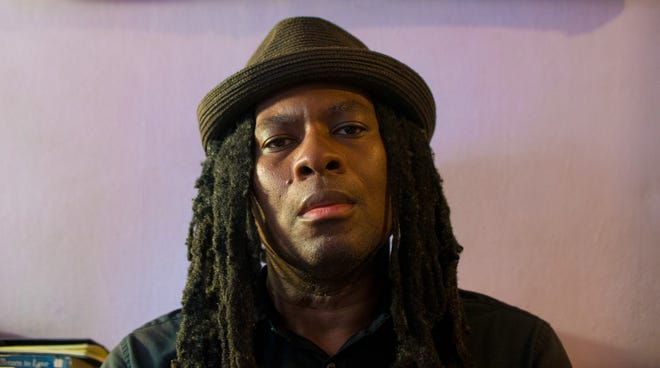 Artist and multimedia brain to share a unique work

NEW BEDFORD – New Bedford is set to become the centerpiece of a unique work of art on Thursday. Residents are invited to observe this creative installation unveiled live.

Bronx-based multimedia artist Art Jones is already exploring the area as he collects sights and sounds that will be featured in his upcoming new exhibition. Presented by UMass Dartmouth College of Visual and Performing Arts, this collaboration between Youth Empowerment 3rd Eye is sure to be an experience like no other.

â€œI am delighted to have the opportunity to work with 3rd EyE on the next live audiovisual mix,â€ Jones said in a press release from the gallery director. “It’s been a while since I’ve been able to collaborate on a performance in person, and I can’t wait for us to create something unique in New Bedford.”

Jones uses discovered media to produce works with photographs, moving images, sculptures and in situ installations. His films and live media performances often address the interrelationships between popular culture, collective memory and power, the press release said. His films and media art projects have been exhibited in the United States and abroad. Also referred to as VJ, he has performed with musicians and artists such as Soundlab, DJ Spooky That Subliminal Kid, DJ T-Ina, and Amiri Baraka.

3rd EyE Youth Empowerment works with artists aged 15-24, through hip hop culture and mentoring, to become leaders within their community. According to the press release, 3rd EyE is the only community organization in the New Bedford area that uses elements of hip hop to engage and empower young people to become role models of positive community change.

â€œWe have seen these young people working very hard to achieve their dreams and goals, not only in the music business but also on a personal level,â€ said Keri Cox, Chairman of the Board of 3rd EyE, in the Press release. â€œIt’s gratifying to see their evolution, their growth and their willingness to contribute to the community.

CVPA is a comprehensive college for art, design, and music – with bachelor’s and master’s degree programs for a career in the arts and beyond. The CVPA Star Series is a 13-week program designed to showcase the work of students, past and present.

Following:CVPA Star Series to showcase the visual and performing arts from within

The series takes place every Thursday through April, from 6 p.m. to 8 p.m. on the Swain Studio stage of the CVPA Star Store Campus at the corner of Purchase and Union Street. The public can watch the programs safely, outdoors, through the large windows or view the livestream at CVPA UMass Dartmouth Facebook page.

How to protect yourself against noise-induced hearing loss