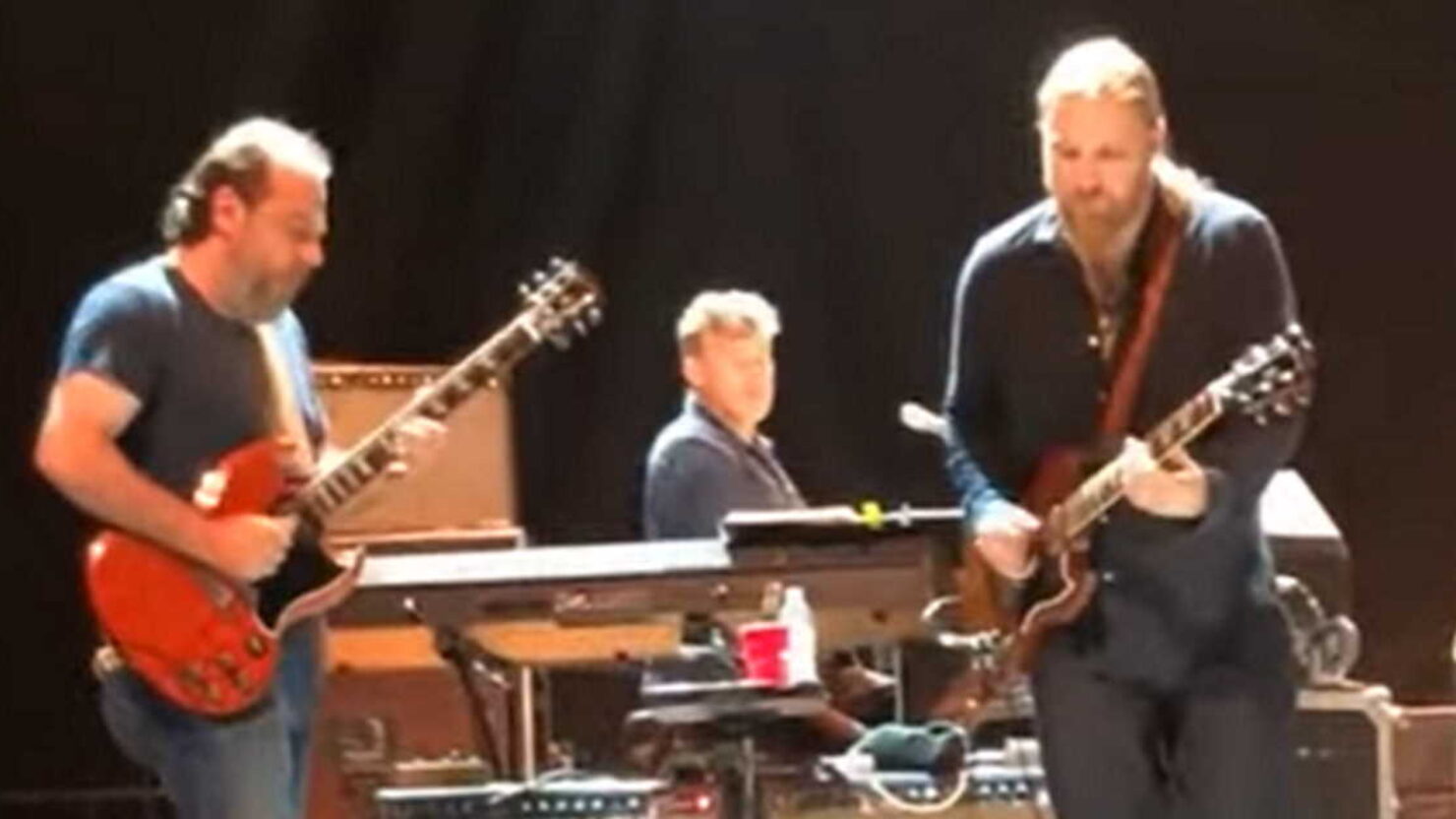 Stream audio for the entire show, which also included the return of Mark Rivers.

The sextet opened with the title track and “Do I Look Worried” from the 2013 Tedeschi Trucks Band album, Decided. Other originals followed with “Anyhow” and “When Will I Begin” before Tedeschi Trucks played their recently released cover of Bessie Smith’s “Gin House Blues”. A prolonged “Bound For Glory” followed, then the band paired “Bell Bottom Blues” by Derek And The Dominos and “Why Does Love Got To Be So Sad?”

From there, Susan led the solo group â€œJust Won’t Burnâ€. Tedeschi Trucks then followed up “Part Of Me” with a long “Shame” which featured both a bass and drums duel and a quick play of “My Favorite Things”. Next, Derek Trucks was featured on â€œMidnight In Harlemâ€. The group closed the set on Saturday by integrating “I Want More” in “Soul Sacrifice” by Santana.

Dave Yoke was on hand for the encore on Saturday in Lawrenceville. Tedeschi Trucks and their guest covered â€œI’ve Got A Feelingâ€ by The Beatles, then ended the evening with â€œThe Feeling Music Bringsâ€ by Tedeschi. Play a live recording of the concert recorded by Z-Man below:

Series One: Do I Look Worried, Decided Anyway When Am I Going to Start Being Free, Gin House Blues, Bound For Glory, Bell Bottom Blues> Why Does Love Have To Be So Sad, Can’t Isn’t It Burning, Part Of Me, Shame> Midnight In Harlem, I Want More> Soul Sacrifice

Rhino releases Eagles ‘Live at the Forum 76’ on vinyl