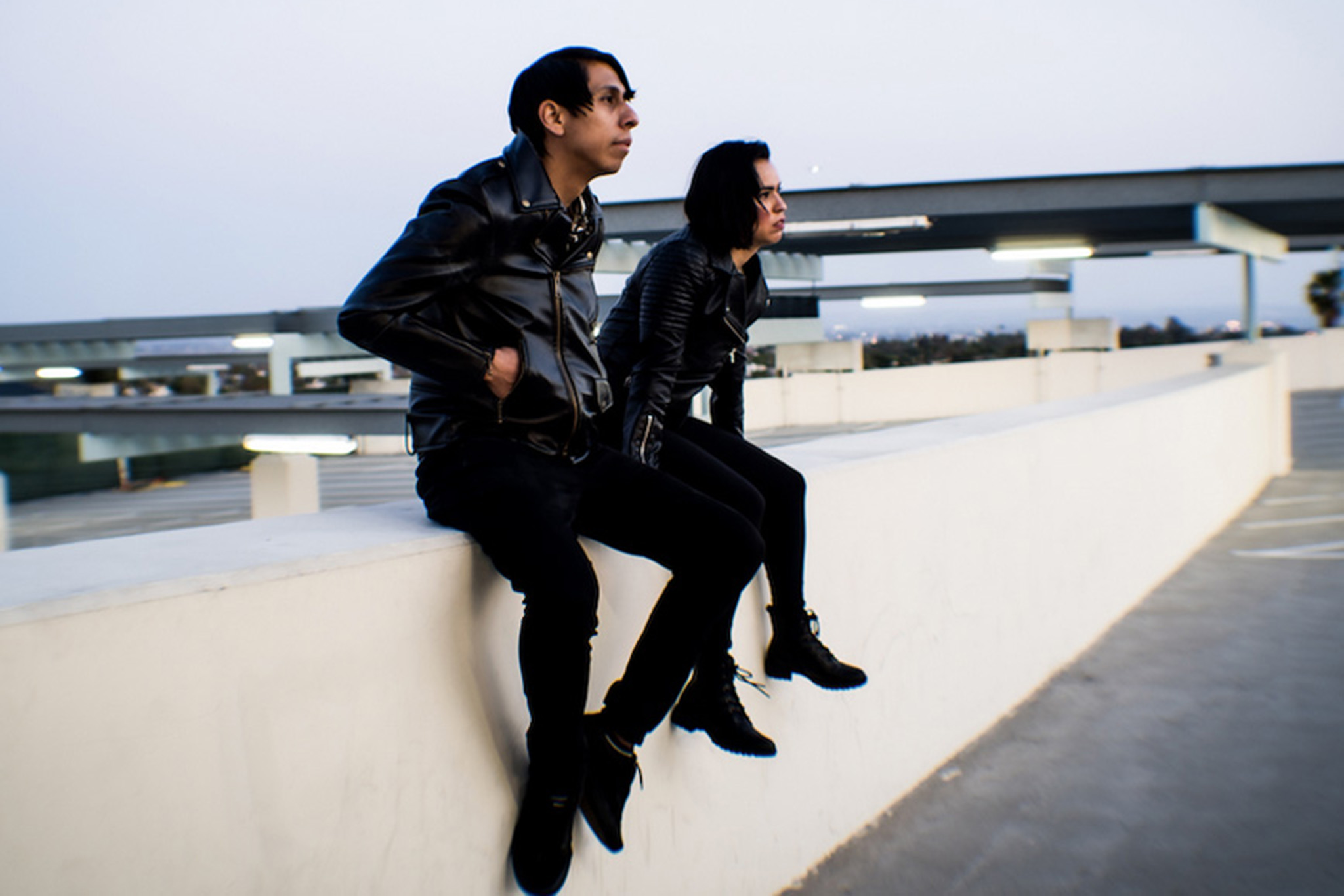 Synth-pop group Glass Spells have released a music video for “Shattered,” the title track from the album coming out this week via Negative Gain; the group says it was “inspired by nostalgic synth-focused classics. The video took place at the Lafayette Hotel in San Diego, on the same stage where a scene from Top Gun was filmed. “

The group, made up of founding bassist-keyboardist Anthony Ramirez, currently accompanied by singer Tania Costello and drummer Michael Buehl, released their first single in 2014. An eponymous album was released two years later, recorded at Emprise Soundlab studios in Mexicali with Gerardo Montoya. (aka Letters From Readers, who also worked with FAX and Maniqui Lazer). When the original lineup became too geographically dispersed, Ramirez played with Twin Ritual until the current version of Glass Spells launched in 2020 with an EP called Mirrors and a single and a video for the title song. EP song “Psychic Lovers” made Spotify’s Fresh Finds editorial playlist and helped them secure a spot on 91X radio Local break.

The Bursts album, primarily written and recorded during the pandemic, will mark their first Negative Gain release. â€œThere’s a theme of dreams strewn throughout the album, and I didn’t fully realize it until I heard the songs all together in one sitting,â€ says Costello. â€œI started paying attention to my dreams during the pandemic and kept trying to make sense of them, only to realize that there was no explanation for this, because dreams are just crazy. in this way. It was a very strange time for the world, and I think the pandemic came with a lot of soul searching for me personally. I have played with many themes in Bursts, so part of it is written about the past love that has turned sour and the longing for connection. I wanted to capture a sad but playful emotion on the track.

Ramirez says the forced isolation gave rise to song ideas. â€œMy inspiration behind the album ranges from watching science fiction shows, modern horror shows and 80s movies, to night walks to avoid people because of the pandemic. Each song had its own approach, from making it a slow moody song, to a faster upbeat song, or a good catchy song that people can dance to. A lot of thought has gone into each song, with synth layers, melodies, and a different sound design for each. The title song “Shattered” was inspired by a night drive through town. I was living in Golden Hill at the time, and you can see the buildings and all the lights as you walk up and down the hill towards downtown San Diego. As I created the tracks, I imagined someone driving or running at night. I made the synth sounds feel like a dream.

This â€œlone driverâ€ theme is evident in a recent YouTube video of their synth-steeped track â€œEmpty Road,â€ depicting the ride to downtown and the temporarily abandoned roller coaster at Belmont Park. The video gained over 13,000 views in its first few weeks online. The exit party for Bursts takes place on August 14 at the Soda Bar in City Heights, with a bill that features Lata Pateada, the LA band Dead X Life and MRCH from Arizona, as well as a DJ set from Mike Delgado.

â€œWe’ll be playing the entire album live,â€ Costello says. â€œThe last show we played was at the Slidebar in Fullerton and the Casbah in San Diego right before that, in February and March 2020. We had to cancel a show at the Merrow because everything started to shut down, which didn’t only makes things more real. , that this shutdown was indeed happening and that the uncertainty of the future was just beginning. Fortunately, we channeled all of that energy into writing this album.