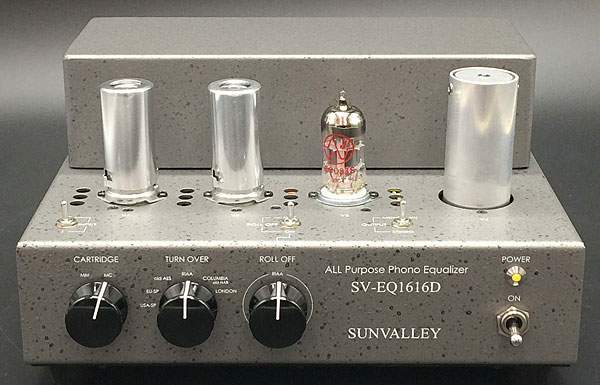 The 1980s were a decade when I needed three jobs to support my wife, my little girl and my 80-year-old father. My main job was to create and sell art, and I’m sure you know how it can be. Between exhibitions I was forced to do construction work and find, repair and resell old tube amplifiers.

What I remember most from that time is how much I loved Phil Rizzuto and Yankee baseball on AM radio and how many times I burned myself on the soldering iron.

With the exception of each brand’s unique wiring layout, chassis construction, and finish, the tube amps I fixed were mostly boring. Circuit and sound point of view, they were quite similar to each other and generally unremarkable. After repairing and auditioning scores of these crisp boxes, I realized that the ones that sounded the best, the ones that weren’t slow, boring, or garish, used big, high-quality transformers, the simplest circuits and tube rectifiers. The more tube amps I repaired, the less I admired mainstream home audio (1950s and 1960s) and the more I admired professional sound equipment from companies like Altec, Ampex, IPC and Bogen.

What really bothered me were the phono preamps of the time. Almost universally, they seemed opaque and not very dynamic. The only one that I thought was correct was the phono stage of the Dynaco PAS-3X, which with tweaks and modifications anchored my personal hi-fi system until I couldn’t stand it anymore.

At this point, as an experiment, I built the RCA “Magnetic Phonograph Preamplifier with RIAA Equalization” to see if I could do better than the Dynaco or Marantz preamps that went through my shop. The schematic for this passive EQ phono preamp was on the back of every RCA tube manual, and the circuit easily fits into a $ 5 aluminum Bud box.

My assembled phono stage turned out to be livelier and more transparent than the equalized feedback equivalent of the Marantz 7C preamplifier. Why did my preamp sound better than Sid Smith’s? I assumed this was because I had used a higher current 5U4 tube rectified power supply designed for RCA’s 30 watt “high fidelity audio amplifier”, which also had a schematic on the back of the unit. RCA tube manual. (The Marantz 7C used a solid state bridge rectifier.)

Encouraged by these results, I replaced the power supply’s 50 ohm pi filter resistor with a low impedance choke. The preamp opened and made me very happy. Finally, I made a separate chassis for the power supply and connected it to my RIAA circuit with a detachable umbilical cord. This allowed me to audition a variety of homemade + 250VDC military surplus power supplies.

I was amazed at the difference between power supplies and the different power supply topologies that changed the sound of my system. I then understood that How? ‘Or’ What it is made that these stable and quiet volts could be the most important factor in the design of an amplifier, and this precise and low noise RIAA equalization is far from the most serious problem affecting the sound quality of the phono preamplifier.

I built this RCA RIAA scene, and many more, just before digital went mainstream.

Back then, I could never have imagined that now, almost 40 years after the start of the digital age, there would be countless newly manufactured phono preamplifiers for audiophiles to choose from, or that the Innovation in phono preamp circuits would continue, bringing alternative topologies like LCR and LR equalization and current mode amplification to the spotlight. Or that so many of these new preamps would use tubes. Or that a $ 52,000 phono preamplifier would be on the cover of August 2020 Stereophile.

Sunvalley Audio SV-EQ1616D phono equalizer
I had studied violinist Joseph Szigeti and was listening to a Columbia 78 rpm pressing by the bow master playing Brahms’ Concerto in D minor for violin and orchestra, Op.77 (MM 603-8) when I encountered the well of Michael Fremer. review consisting of the $ 52,000 Boulder 2108 phono preamp. I already knew that Boulder made solid, well-sorted products, but even I, the man who once sold $ 250,000 amplifiers, panicked at the idea of â€‹â€‹a $ 52,000 phono stage with (gasp) discreetly implemented â€œhomeâ€ â€œop-ampâ€ gain stages arranged on bulk soldered surface mount PCBs.

I forgot all about those op-amp gain stages when I read, “It was like analog over acid. Every note, every musical gesture became the deepest and most important note. never hit? Until the next one. ” Michael’s wife agreed.

I love to listen to “analog on acid” as much as anyone, but do I have to become a brigand baron to experience it?

It seemed perfectly ironic to me that when I found out about the Mikey’s Boulder story, I was listening to this 78 rpm record through the $ 150 Grado Prestige 78E mono mic and the $ 825 Sunvalley Audio low stage phono, which is built from a kit.

In addition to its passively performed RIAA equalization, the Sunvalley SV-EQ1616D phono equalizer uses tubes for gain and offers 78 RPM enthusiasts a choice of two filters suited to match standard playing recording characteristics. European or American (SP). It also has a selectable EQ for pre-1956 album presses from Columbia (NAB) or Philips, Capital, etc. (AES), and it has a boost or cut high frequency adjustment.

I remember the first record I played on the SV-EQ1616D because it made me gasp in disbelief.

The $ 3000 Parasound JC 3+ phono stage was in the system, and I was using Ortofon’s $ 755 2M black moving magnet cartridge to assess the character of the Sphinx V3 integrated amplifier phono stage. by Rogue Audio. The 2M Black sounded exceptionally lively, 3D and exciting with both the built-in Rogue and the JC 3+. Sunvalley’s phono equalizer took the “exceptionally lively” one step further. The sounds of the recordings seemed to burst into my room, charged and bright.

The Parasound JC 3+ is an exceptionally well-designed thinking men’s phono stage. It’s good at everything, sound and metering wise, except it seems a bit weak in thrills and glow.

I gasped while playing the first record because the Sunvalley made the music more intense and exciting than the Parasound, or any other phono preamp I used in the bunker.

I played “Shhh / Peaceful” from Miles Davis’ Mobile Fidelity Sound Lab reissue In a silent way (MFSL 1-377) and instantly knew that something unusually exciting was happening. The sounds of Miles’ trumpet cast hypnotic spells as they appeared, lingered, then vanished. The feeling of one intense moment of invention leading to another dominated my attention. I continued to breathe and hold them. 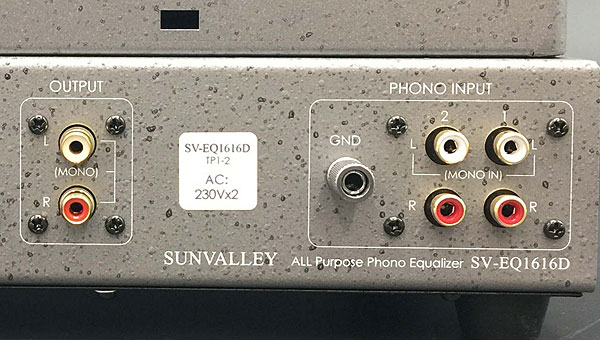 The SV-EQ1616D gave me expensive moving coil type pleasures, but I wasn’t using a fancy moving coil cartridge. The Sunvalley squeezed those pleasures out of the $ 755 Ortofon 2M Black moving magnet cartridge. Later when I played “Shhh / Peaceful” with the $ 7495 Koetsu Rosewood Signature Platinum and a $ 2700 EMIA 1:10 Nickel Core Step-Up Transformer (SUT) feeding the moving magnet input of the SV-EQ1616D it became clear that to experience “analog to acid” ?? to feel that every note is the deepest note ever? it helps pay for the premium premium. However, you can save a lot of money with a carefully chosen low-cost preamp like the Sunvalley. Then invest the money saved in the shameless cartridge, and perhaps the most shameless step-up transformer, of your choice.

It’s a kit!
I didn’t have time to assemble this made in Japan kit myself, but I have put together enough kits to say with authority that this one-box phono equalizer is easy and fun to build. If you study the photos of the interior, you can see exactly what each item looks like, exactly where it goes, and what it should look like when installed. Notice all those patch wires cut into elegant, loose curves. All of these resistance wires have been bent around a pencil or screwdriver to form these perfectly smooth curves. Besides saving money, building kits is all about making bits and wires look nifty.