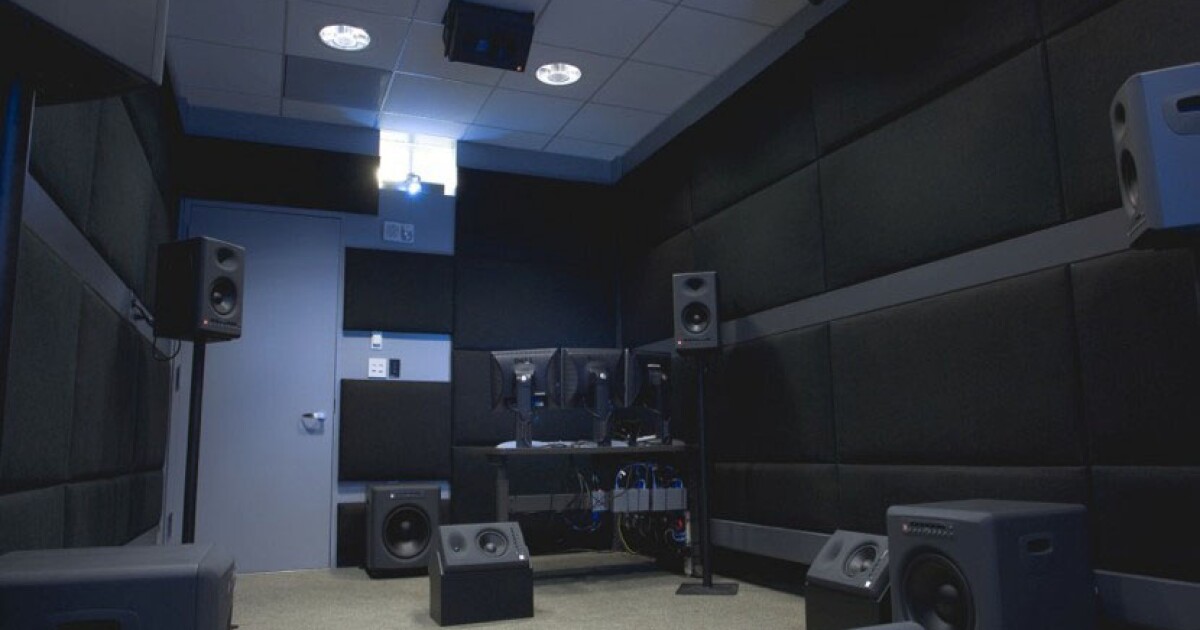 Have you noticed how much the feel of a space really depends on its sound? Take the California Academy of Sciences, for example. With all the hundreds of visitors running around, you’d think that would be crazy. But the voices are not overwhelming at all.

It’s because a company in San Francisco designed the sound here. Yes – designed the sound! There are people doing this everywhere. They are called architects of sound. At ARUP engineering firm’s SoundLab, they can listen to the sound of buildings even before they are built.

When you enter the SoundLab it is like entering a cave, but instead of rocks the walls are made of moss and instead of bats there are speakers.

Ambisonics is basically a fancy term for an audio technique that makes you feel completely immersed in sound. It’s almost like wearing headphones all over your body.

Cushner says, â€œThe difference between the experience you get in the SoundLab and just listening to the sound on the speaker system is similar to drinking a glass of water rather than taking a shower.

They go to the new design site, take recordings and calibrate them. Then they bring those recordings back and pump them into the SoundLab to hear exactly what the space – a space they haven’t built yet – would look like. Building architects take this information, design to specifications and create hotel rooms, symphony halls, museum spaces, etc.

They have a lot of high-end clients like the San Francisco Opera House, the California Academy of Sciences, the new SF Moma, and audiophiles like Lou Reed.

Want to see what it looks like in the SoundLab? Make yourself comfortable with good headphones and listen to the audio above to experience sonic magic that will bring you inside the SoundLab.

Art of noise: Arup launches a studio to show how design changes sound