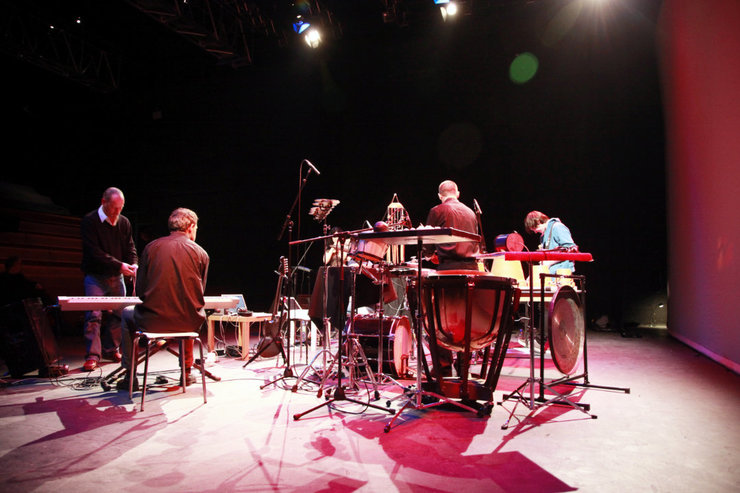 This concert by the seven composers and five soloists involved in this project reveals the results of their extensive and extended collaborations, and presents seven new works exploring new instrumental resources mediated by electronic forces. Each work, although developed separately in individual relationships, was also developed in a parallel process, with all composers meeting regularly to discuss and exchange ideas.

The group also met online at a series of panel discussions throughout 2021 with guest festival composers Alexander Schubert (who is featured in Zubin Kanga’s Wiki-Piano concert) and Brigitta Muntendorf (who is the composer featured in Lina Andonovska’s flute concert Public Privacy).

This program is part of a double concert which also presents â€œclassicâ€ works from the repertoire. Darragh morgan, one of the most renowned performers of contemporary music, will give the Irish concert premiere of Pierre Boulez’s â€œAnthÃ¨mes 2â€, a flagship work for solo violin and electronic, in which the computer literally â€œfollowsâ€ the performance of Darragh in real time and provides live accompaniment. Boulez’s masterpiece is paired with Frank Lyon’s recent commission “Spin 2”, commissioned by Darragh Morgan, the work follows a similar development to Anthemes 2, having undergone revisions and the addition of a part electronic.