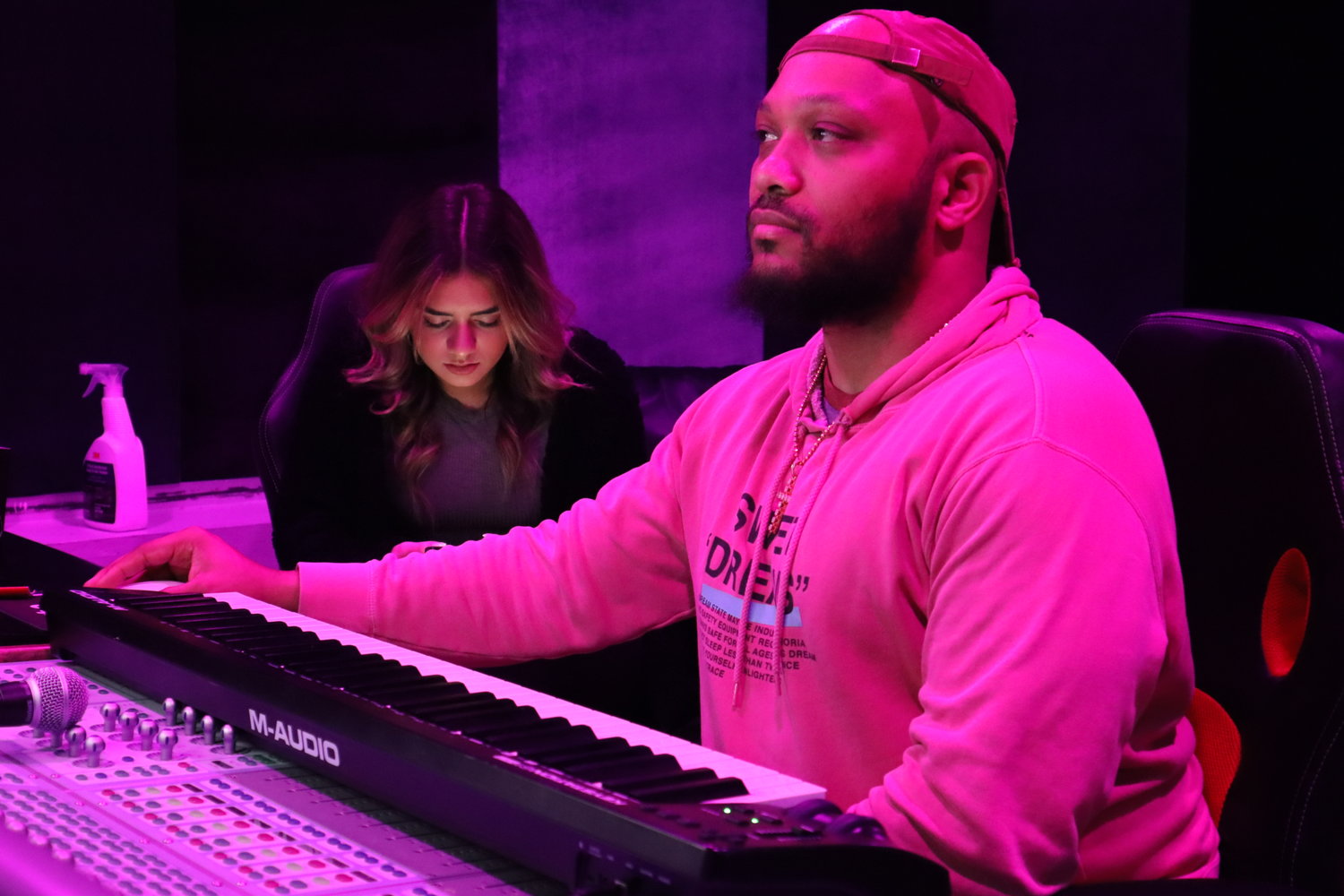 A dim purple light cast a dreary, inconspicuous glow in one of Sound Lab’s newly renovated recording studios in Bellmore. Paired with a raft of recording equipment and music filling the air, the room begged its occupants to let their creativity run wild.

And chief engineer Joe Lindsay and artist Sammi Rae, they did.

Rae is one of the many young artists from Long Island who have walked through the doors of the Sound Lab in recent months. Since opening last October, hundreds of artists have used the Bedford Avenue business to produce their own music.

On a recent Wednesday, Lindsay, an experienced music producer, was rehearsing with Rae before recording new tracks. They brainstormed which Adele song they should work with, and Lindsey then chose a melody on her electronic keyboard that allowed Rae to test her vocal range.

“I had no idea what was going to happen – it blew up,” said Jay Ortiz, Bellmore resident and director of the Sound Lab studio which runs its marketing. “He’s growing faster than I thought. ”

Ortiz is one of the forces behind the scenes at the studio. As a director, he helps organize day-to-day operations while leading a marketing team that helps promote both the Sound Lab and the music and artists that come from it.

Before Lindsay joined the team, Ortiz was “convinced he didn’t need a lot of equipment,” he said. “I felt you could record anywhere, like a quick way to record.”

The interior of the Sound Lab, in turn, reflected this – until Lindsay arrived. He helped decorate the rooms with soundproof walls, new lighting and new amenities. With his more professional approach, Ortiz said, more and more musicians have turned to the business.

Now, “it can’t get much better,” Ortiz said.

The Sound Lab has also been the perfect outlet for Jesse Eplan, a native of Merrick and a graduate of John F. Kennedy High School, a graduate in audio engineering from the Los Angeles Film and Recording School. While Eplan helps many artists produce their songs, he too produces his own music.

“When I do a session with an artist, it also helps my music,” Eplan said. “I am an engineer and a producer, but I am an artist. My profession is just engineering.

Eplan has produced and released music under its own name, using equipment from Sound Lab. He leans towards R&B and hip hop, he explained.

The artists are leaving Sound Lab with their music, the full studio experience and something more, Ortiz said.

“It’s not just about the money,” he said. “I want people to come away from here with something more than just a song and a studio experience. I want to give a preview – say, “I’m here with you” while they’re in the studio.

In addition to helping artists seeking recognition, the Sound Lab has many guests who are simply trying to express themselves through musical creation. Some lessons are taught on music programs, such as Pro Tools, to help beginners.

There are also music lessons for children to learn the basics of recording.