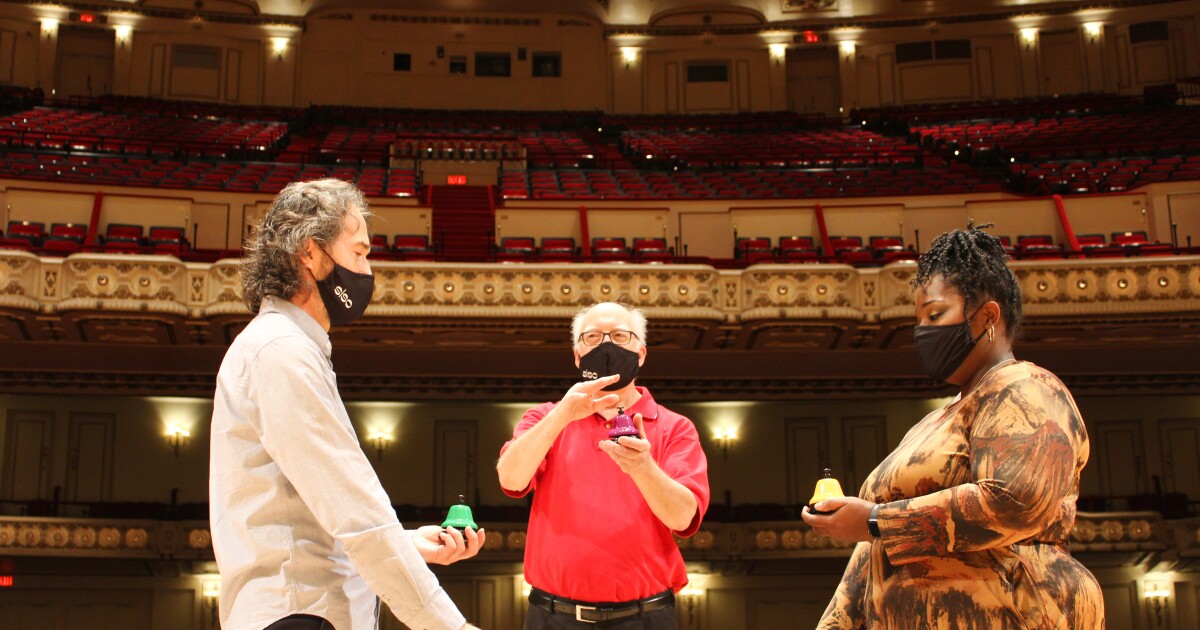 Percussionist Tom Stubbs looks back on 51 years with the St. Louis Symphony

Half a century ago, Tom Stubbs was still a student at the Juilliard School in New York when he auditioned for his dream job. He got it.

The work was a place in the percussion section of the Orchester symphonique de Saint-Louis.

Once he got that seat, the Kansas native has never given up on it, until now. After 51 years specializing in timpani and cymbals at Powell Hall, Stubbs is retiring.

He has performed under the direction of six different musical directors and has contributed to the ascension of the orchestra nationally and internationally.

â€œIt took me a few years to really figure out that I was getting the sound I wanted to get,â€ Stubbs said of his orchestral debut. â€œI was able to walk through the door, and that was good enough, but I must have thought about it too much. After a few years, it was just second nature. Like falling from a log.

Stubbs has been teaching young percussion students at the Aspen Festival and Music School since 1989, and many of his students have gone on to successful careers as professional musicians.

Jeremy D. Goodwin of St. Louis Public Radio spoke with Stubbs about his early years as a musician, the relationships between the musicians in the orchestra, and his thoughts on the many conductors he has worked with.

Jeremy D. Goodwin: I imagine young violinists or trumpeters dreaming of joining a symphony orchestra when they grow up. It’s not my first thought when I think of a young drummer. How did you get started on this path?

Tom stubbs: This is one of the unique things in my story. I was taking music class in high school, and the teacher asked me what you want to do, basically, when you grow up. And I said I wanted to play in the St. Louis Symphony. It just came out of my head, not premeditated.

Goodwin: Were you an avid listener of European classical music at the time?

Stubbs: No. I was quite a fan of marching band, playing drums and playing jazz with my friends, and all the different varieties of music that I had access to in Hutchinson, Kansas.

Goodwin: I’ve heard that there can be almost cliques in symphony orchestras depending on which section you are in. How is life among percussionists?

Stubbs: My experience has always been that we have been the best of friends. Even the extras we bring. It is a very special place in St. Louis. We are all one big family. Believe it or not, in some orchestras the musicians chase each other, sit side by side and do not speak. I can’t understand this. But it is quite the opposite in my experience in Saint-Louis. I have yet to find a string player who doesn’t say hello and aren’t friendly. I think it’s just a big family. But especially in the section.

Percussionists tend to be friends with bassists. That’s why I married one. All of my best friends have been double bass players.

Goodwin: What are the pieces when you really manage to shine?

Stubbs: Symphony No. 4 by Tchaikovsky. â€œLa Merâ€ by Debussy. These are both saved with [then-music director] Leonard Slatkin.

Goodwin: What gives you the opportunity to really shape the sound in these songs?

I’m just happy with the way I’ve learned to play them over the years. And I’m happy with the recordings. I listen to it and think: Yeah, that’s good.

Goodwin: You have heard as much from the Orchester symphonique de Saint-Louis as anyone over the past half century. Are there particular pieces that really work with a generation of the orchestra, and maybe that changes over time?

Stubbs: I think that each generation has a certain repertoire. With Slatkin, it was Gershwin’s thing, Rachmaninoff. With David Robertson, it was more of a contemporary thing. And all of these conductors are wonderful. David would be my conductor with the clearest beat I have ever seen. And with Slatkin, it’s like falling off a log, all these years. Big crush.

I am a little sad to have to retire when I begin to understand StÃ©phane DenÃ¨ve and appreciate his special gifts. Because he’s very special too.