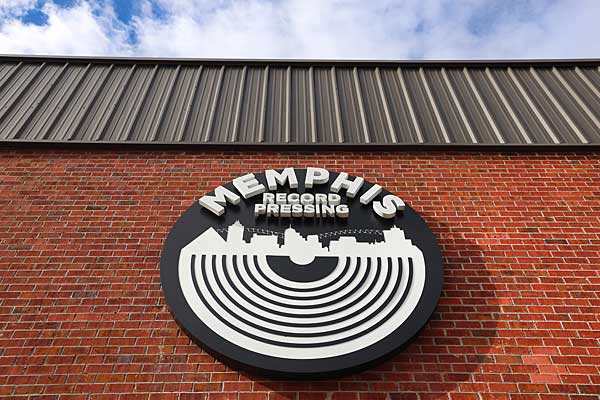 Like many fans of vinyl music, I’ve gotten used to waiting for pre-order records. For several years now, record pressing factories have been oversubscribed; there simply aren’t enough presses to keep up with demand. When vinyl declined in the 1980s – replaced first by cassettes and then CDs – the old presses were abandoned, rusting and in disrepair before the vinyl revival, leaving the industry with limited capacity . Then a fire in February 2020 destroyed the Apollo/Transco factory, one of the two main suppliers of the lacquers used to make most new records. The impact of lacquer shortages may have been overstated, but it was another factor that record manufacturing companies had to deal with (footnote 1).

The long wait for vinyl pressing capability appears to be over. In response to huge demand, new vinyl presses are coming online in the United States as new businesses are formed and established factories expand.

Tennessee is becoming a center for vinyl pressing in the United States. Memphis Record Pressing was founded in 2014; last year the company pressed over 7 million LPs. Since June 2016, MRP has had a strategic partnership with GZ Media in the Czech Republic, which is said to be the largest record press operation in the world. This arrangement gave MRP access to vinyl pads, “as well as technical and engineering supplies to include new vinyl pressing equipment,” wrote MRP CEO/co-founder Brandon Seavers. , in an email response to questions.

MRP invests $30 million in its pressing plant and packaging operations. The expansion includes the construction of a 33,000ft2 building adjacent to its current facility, which will house 36 new presses. MRP plans to double its workforce and run its presses 24 hours a day, 7 days a week, with a capacity of approximately 125,000 discs per day. MRP expects the facility to be operational by the end of September, about a month after this magazine appeared. The company’s packaging operations will also expand, moving into a refurbished 100,000-foot building2 warehouse.

MRP isn’t Tennessee’s only new record-breaking action. GZ Media recently opened a US headquarters in Music City for its subsidiary, Nashville Record Pressing. NRP did not respond to questions, but reports indicate that their LP pressing and packaging operations are expected to start as I write this in early June.

Also in Nashville, United Record Pressing (formerly Southern Plastics), another major supplier, would add an additional 48 presses, although stereophilic was unable to confirm this.

Finally, Nashville is home to a boutique pressing facility, VinyLab. VinyLab, which manages small vinyl runs starting at 250 copies, is preparing to open B-sides at VinyLab, a bar/restaurant/concert venue adjacent to the factory, with views of the skyline and record presses in action – a trend also seen at Jack White’s Third Man Records in Detroit.

In Denver, Colorado, Vinyl Me Please is taking a similar on-sight approach to their upcoming 14,000ft show.2 record pressing facility, called Vinyl Media Pressing – another VMP. The new factory is under construction and is expected to open in January. (So ​​far, GZ Media has pressed most of VMP’s releases; a smaller number have been pressed at RTI.) VMP, which primarily focuses on audiophile-grade recordings, has hired Gary Salstrom as general manager; Salstrom previously worked at Quality Record Pressings’ highly regarded factory, Analogue Productions in Salina, Kansas. Like Analogue Productions, the new VMP “seeks higher quality, lower volume pressing,” Salstrom told me over the phone. “We’re reaching out to a smaller group of people so we can guarantee turnaround times.”

The building that will house VMP’s pressing plant was a winery in the 1920s. Soon it will house not only the pressing plant, but also a listening room with a wall of records and several turntable stations where visitors will be able to listen to music. Across the street, a retail space will sell records, drinks and snacks. Another room will house a high-end system for critical listening. “We want to make it very visitor friendly,” Salstrom said. Views of the pressing and plating areas are part of the plan.

VMP will mostly press from hairsprays, but Salstrom can make DMM a snap. “Back when I was at Wakefield Manufacturing in Phoenix, I was one of the first people in the United States trained in DMM plating,” he said. “Since most audiophiles don’t like the sound produced by DMM slicing, we probably won’t see many projects on DMM.”

Meanwhile, the new VMP facility might itself be doing something to address the hairspray shortage. “We’ll start with plating and pressing and plan to master lacquers and eventually print labels and the like on the road,” he said. “One bite at a time.”

Another newcomer: Mobile Fidelity Sound Lab (MoFi) – or rather Jim Davis, its owner. In response to a question from stereophilic, MoFi Vice President of Sales and Marketing, Jonathan Derda, issued a statement via email: “Jim Davis, owner of Mobile Fidelity Sound Lab (MoFi) and Music Direct, will open a new pressing plant of discs which should start operating next year.” Details to come.

There’s a risk that all that capacity will flood the market, which could make drives cheaper, but could also lead to lower costs and, therefore, lower quality in an industry that currently perhaps offers its best quality. For the moment, however, everyone is happy, excited about the future. “There is such a shortage of pressing plants that there is enough business for everyone,” Michael Fremer said in an interview, echoing a widespread sentiment. “The pressure was just crazy to get things done. Everyone is happy, everyone is sharing information. I didn’t expect this to happen. It’s amazing.”

Footnote 1: Wondering why so many recent records seem to be “Direct Metal Mastered”? The DMM process was once fairly rare, and many audiophiles once dismissed DMM recordings, finding them edgy and harsh despite their apparent technical superiority. Yet today there seem to be more DMM records. Why? Because the DMM process does not use lacquers, which are lacquered aluminum discs. Instead, it uses copper plates. Most of the DMM records we see are cut by GZ Media in the Czech Republic, although Germany’s Optimal and Record Industry in the Netherlands has also cut DMM. “Hairspray supply continues to be a concern for the industry,” MRP’s Seavers told Stereophile. See Michael Fremer’s cover here.