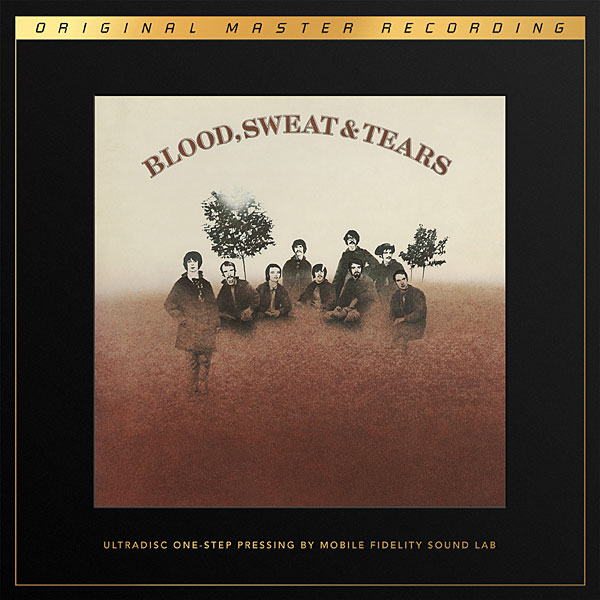 Blood, Sweat & Tears began as Al Kooper’s dream of a rock band with horns. By the time he realized the concept ?? on the group’s beginnings in 1968, The child is the father of manIt had become much more: an endearing hybrid of New York soul, Greenwich Village folk and innovative jazz arrangements. With producer John Simon at the helm, Child was a virtual definition of the possibilities inherent in the intoxicating musical experimentation of the late 1960s. Kooper’s writing and arranging for this record (including the monumental “I’ll Love You More Than You’ll Ever Know” , later a success for Donny Hathaway) is one of the highlights of his rich career.

The record was rightly hailed as a conceptual breakthrough, and work had already started on a follow-up when the band decided they needed a more polished singer. Kooper left the group along with a few other key members.

Intrepid, BS&T went on to make the best-selling record of the band’s long career, with Tom Jones-style barrel-chest crier David Clayton-Thomas as the new frontman. The revised range entered the studio with producer James Guercio, who used an Ampex MM-1000 recorder, making Tears of blood sweat one of the first LP 16 titles.

I was looking forward to this release as a way to revisit an experience I had over half a century ago when I first heard this album. It was early 1969, I had been to the Fillmore East, and after the show I went up to a friend’s apartment in the East Village. A few of us were sitting by the candlelight, listening to various albums. BS&T had just left. My friend put it on the turntable and the mood in the room changed.

Tears of blood sweat will always remind me of that moment. I was not surprised when the album did so well commercially, with three chart top hits and a Grammy as record of the year. But pretty soon I started to hate it, especially the huge hit “Spinning Wheel”. I exorcised my BS&T demons in my review for the Rolling Stone’s Guide to Jazz and Blues Albums.

Unboxing this wonderful 2-disc 45 RPM One Step pressing from Mobile Fidelity Sound Lab, I realized why my thoughts on the album were so contradictory. What I remember hearing in that East Village apartment was Side 1, a beautiful side of the music from start to finish. During the LP days, the sides of music were often designed to work together as a creative whole. Many of the best vinyl records didn’t hold up as well when you turned the record on side 2, a distinction that was lost starting with CDs.

Side 2 of the original sounded together, two hits and an overly long blues track with a label that seemed free. Which was the correct one: my first reaction that evening at the Village, or my subsequent negative opinion? Both, I concluded, were justified.

All these years later, could this exquisite new pressing renew those initial feelings about the record? Yes, it could.

This version is a bit of a revelation. When the needle falls for Dick Halligan’s beautiful interpretation of two movements by Erik Satie Three GymnopÃ©dies, a quiet calm and slate cleaner sets the scene. Bobby Columby’s drums have three-dimensional elastic grace.

No pop group has ever sounded like this; it was closer to something you might hear on a Stan Kenton album. In the service of the great composition of Trafic “Smiling Phases”, this approach is revealing. Clayton-Thomas and the powerful massed brass exchange punches in an exhilarating exchange. Halligan’s organ washes fill the deep spaces, while Fred Lipsius’s piano crackles through the speakers.

Side 2 of the Mobile Fidelity release – the second half of the original side 1 – begins with the beautiful folk song “Sometimes in Winter”, sung by Steve Katz. The nuances of Katz’s voice are more apparent in this pressing, and Halligan’s flute has more depth. The exhilarating and uplifting “More and More” follows, with an exchange of brute force between Clayton-Thomas and the brass. Then comes the highlight of the album: a unique reading of Laura Nyro’s pop-gospel â€œAnd When I Dieâ€. Is this version cinematic? It’s a western, in fact, from the opening of Katz’s sagebrush harmonica to the clip-clop sound effects of the hero riding his horse away at the end. The song is arranged in sections, like scenes from a movie, and the definition of this pressing emphasizes moving from one sequence to another.

The side ends with a lovely rendition of Billie Holiday’s “God Bless the Child” that doesn’t wisely challenge Holiday’s vocals but expands the song’s harmonic possibilities with a terrific arrangement that culminates with a salsa breakdown.

Then, on face 3, we come to “Spinning Wheel”. All I can say is that this may well be the true and ultimate source of SNL “No more cowbell!” to joke. On the other big hit, “You Make Me So Very Happy”, Clayton-Thomas is at his best, framed by sharp-angled parades of the horns.

Side 4 is an obvious filler: “Blues Part II”, a medley of clever riffs and changes that leads nowhere and, surprisingly, after 11:44 am fades away not on a promise of things to come but rather like abandonment to boredom. Satie’s final track sounds empty after that.