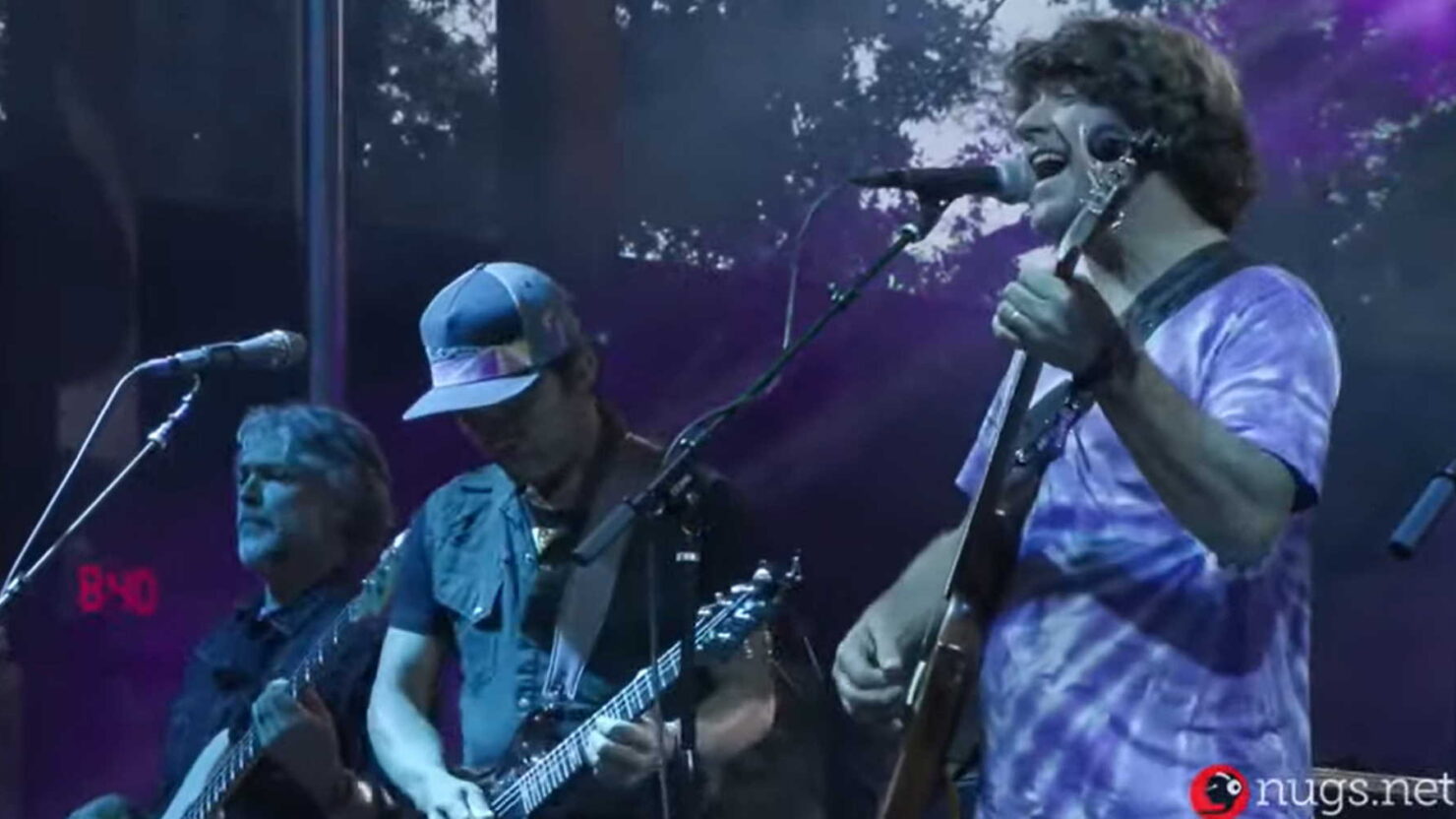 The String Cheese Incident kicked off their second of three nights at the inaugural Hog Farm Hideaway festival on Saturday with the help of old friend Keller Williams. Keller led the sextet through “Best Feeling,” then switched to percussion for “Can’t Wait Another Day” last night at Black Oak Ranch in Laytonville, Calif.

Radio host and emcee Tim Lynch took to the stage before SCI kicked off their first set on Saturday to toast Jesse Aratow. Jesse, who tragically passed away last October at age 48 from a sudden and unexpected illness, was a longtime manager, agent and friend of The String Cheese Incident. “Jesse Aratow has done everything for The String Cheese Incident, from driving the bus to helping them chart a truly independent path in the music business – one that has allowed them to grow while staying true to their vision,” said Lynch told the crowd. “This festival is very much his vision and he would be really proud of how it is a family affair.” Tim followed his speech by asking festival-goers to raise a glass in honor of the Madison House partner.

Williams, who was on hand for her own set at Hog Farm Hideaway, played acoustic guitar and provided lead vocals during the opener for last night’s “Best Feeling.” The String Cheese Incident supported Keller on his 1999 studio album, To breathe, which featured a studio version of “Best Feeling”. The Keller Williams incident took the first song of the night in depth by completing a nearly 20-minute rendition.

Keller stuck around to join Jason Hann on percussion for the “Can’t Wait Another Day” that spun off from “Best Feeling”. The String Cheese Incident then went it alone for the rest of the night beginning with their first cover of Jerry Jeff Walker’s “Don’t It Make You Wanna Dance” since Halloween 2019. Then there was a rare “Give Me The Love” and a must-see “Jig Valley.” SCI then paired bassist Keith Moseley’s ‘Joyful Sound’ and Kyle Hollingsworth’s recently launched number ‘Trip The Light Fantastic’ to complete Saturday’s opening set.

The String Cheese Incident finished their second set last night with the beloved “Howard”. The initial “Howard” jam morphed into “Colorado Bluebird Sky”. Next is Moseley’s “Lend Me A Hand,” which was first played at the band’s 2021 New Year’s Eve run in Chicago. SCI then delivered “Bhangra Saanj,” a song written in collaboration with Beats Antique for a 2019 SCI Sound Lab single. Another SCI Sound Lab 2019 single, “All We Got”, followed.

Last night’s second set continued with the fan-favorite cover of Tim O’Brien’s “Land’s End,” which faded into the instrumental “Glory Chords.” SCI then reworked the old “Close Your Eyes” in “Howard” to close the frame. For the encore, The String Cheese Incident treated fans to “Smile” by Bill Nershi. Hog Farm Hideaway ends today, Sunday, June 12. Purchase a live stream featuring the Hog Farm Hideaway finale of The String Cheese Incident via nugs.net.

First series: better feeling [1] > I can’t wait another day [2] > Don’t It Make You Wanna Dance, Give Me the Love, Valley of the Jig, Joyful Sound > Trip the Light Fantastic

The “Space Invaders” land at the Somerville Museum