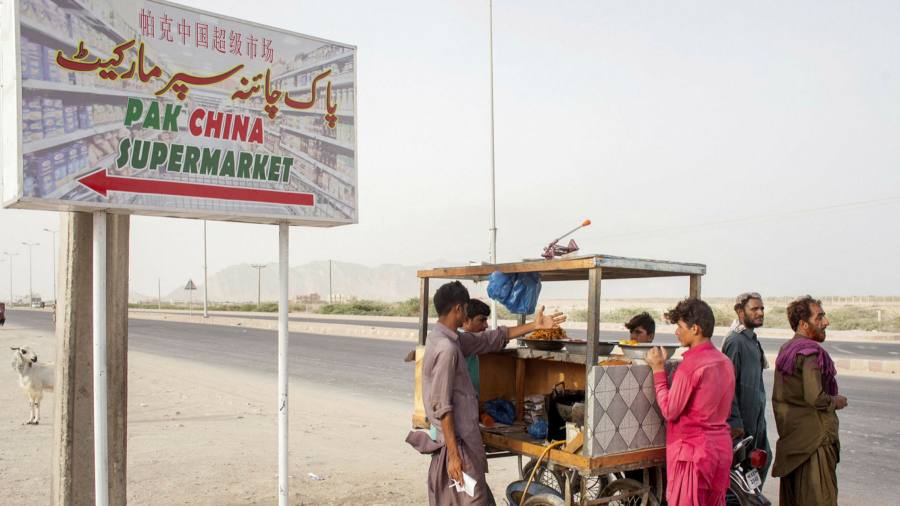 The Pakistani army mobilizes for the “Belt and Road” project

Pakistan’s powerful military and civilian parliament is vying for control of China’s $62 billion Belt and Road Initiative in the country.

Supporters of the military, which has close ties to Beijing, have exploited the dysfunctional government of Prime Minister Imran Khan to push through legislation that would give him greater control over China’s infrastructure program.

The China-Pakistan Economic Corridor Authority Bill proposes to create a new position for a military officer to “accelerate the pace” of construction.

Under the proposed law, the government would cede more land to the military, which took control of CPEC last year through a presidential ordinance bypassing parliament.

The army makes decisions without any responsibility. It has become very dangerous

It would also give the CPEC Authority – whose strategic decision-making committee is co-chaired by China’s National Development and Reform Commission, Beijing’s main planning agency – greater financial autonomy from Islamabad.

“It’s basically about building a new institution parallel to the government. We are in a phase of hybrid martial law,” said Ayesha Siddiqa, a research associate at the School of Oriental and African Studies in London, who studies the Pakistani military.

“The army takes decisions without any responsibility,” she said. “It has become very dangerous. It is a matter of long-term commitment of national resources.

The development highlights the growing influence of Pakistan’s military after Mr Khan struggled to organize a rapid response to the coronavirus pandemic and rescue the faltering economy.

Ahsan Iqbal, Pakistan’s former planning minister and opposition MP, said the proposed CPEC Authority was “superfluous” and weakened the civilian government while ceding even more responsibility to the military.

“The incompetence of [Khan] The government is destroying our civil administration and placing an additional burden on the army,” Mr. Iqbal said.

“We will certainly express our reservations. We are not in favor of the CPEC Authority,” he said. “CPEC is the domain of civil government, if it can’t do it, what’s the point?”

Proponents of the BRI program say the CPEC will give Pakistan the necessary infrastructural boost to revive its economy at a time when Islamabad is struggling to attract international investors.

The United States, however, has criticized CPEC as a debt trap that will leave Islamabad in Beijing’s grip.

While the new CPEC authority would still report directly to Mr Khan, it would have broad autonomy to implement its infrastructure program without civilian government oversight, critics said.

The CPEC Authority “will be responsible for the design, implementation, expansion, enforcement, control, regulation, coordination, monitoring, evaluation and achievement of all activities” related to the corridor, according to a draft document of the legislation seen by the Financial Council. Time.

A senior government official in the planning ministry, who did not wish to be named, told the FT that a new draft law would be circulated for cabinet approval before being presented to parliament. The official said criticism that the military was encroaching on civilian government was “absolutely bs” and because CPEC’s scope had “greatly widened” there was a need for “an institution focused on that and nothing else”.

CPEC Authority officials did not respond to requests for comment.

The proposed legislation comes shortly after Islamabad approved the costliest CPEC project to date, a $6.8 billion rail upgrade that will be largely funded by China.

The government has also in the past two months approved two hydropower projects worth $3.9 billion to be built in Pakistani-occupied Kashmir and again funded by Beijing.

For China, CPEC is the cornerstone of the BRI, a broad development plan aimed at building infrastructure, expanding trade networks and deepening partnerships across Eurasia and Africa.

The CPEC allows China access to the port of Gwadar in southern Pakistan, which is close to the Strait of Hormuz, a vital sea route for oil-producing countries.

“The CPEC is at the crossroads of the new [cold] war between China and the United States,” said Kamal Munir, a Cambridge University professor who has advised Islamabad on industrial policy. “It’s part of the rapprochement with China.”

Since Mr Khan took office in 2018, the military has stepped in to take care of some of the administration’s most pressing issues, including the response to the coronavirus pandemic and locust swarms threatening food security.

Pakistan’s military controls large swaths of the country’s economy through military-linked companies, such as the Fauji Foundation, one of the country’s largest conglomerates with interests ranging from cement to grain.

“CPEC is the baby of the army,” said Adnan Naseemullah, senior lecturer in international relations at King’s College London. “It is a strategic project.