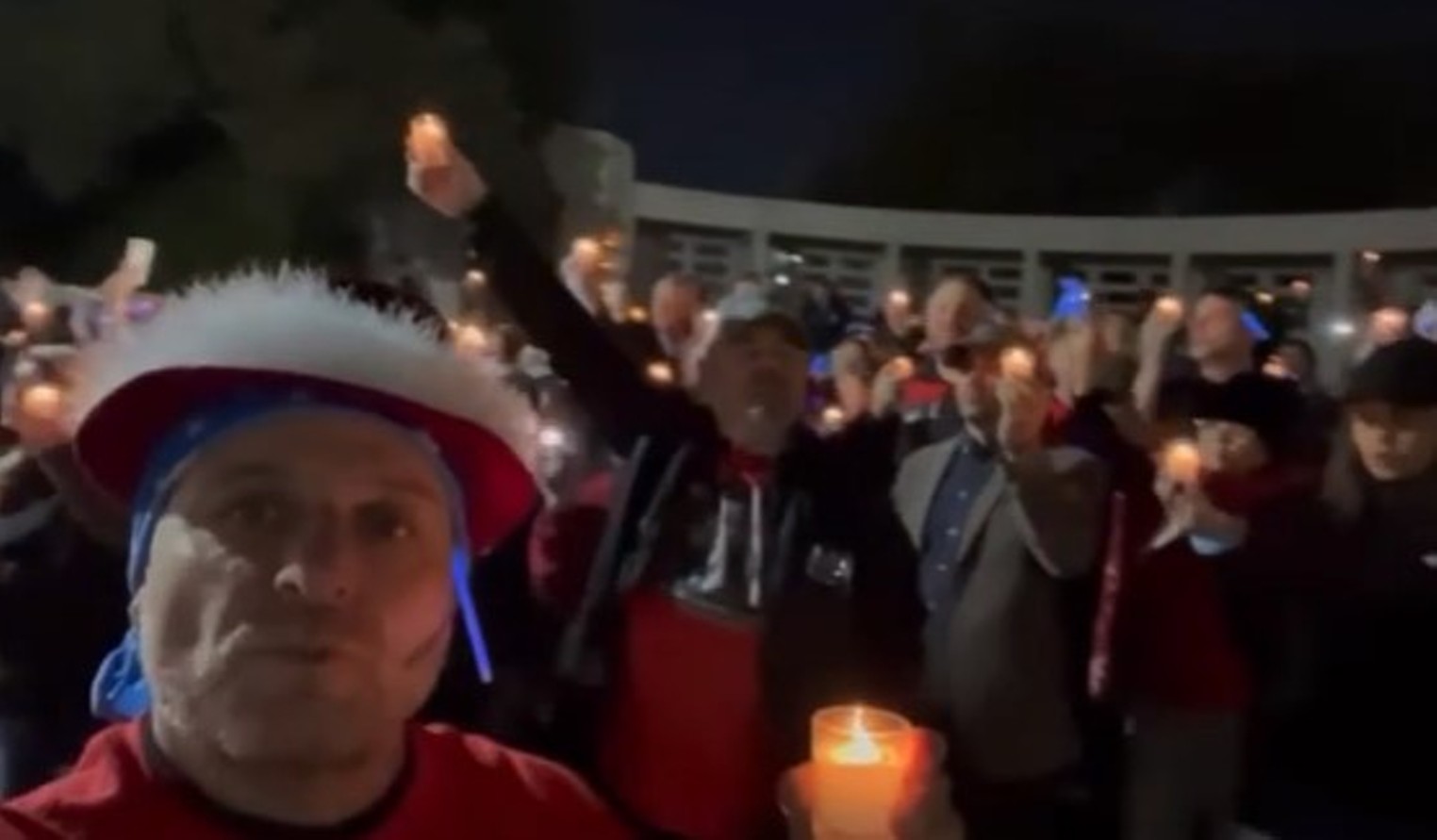 The QAnonniers are always meeting at Dealey Plaza in Dallas, clinging to their last hope and trying to move hearts and minds through song. The only thing they’ve been able to tap into so far is the laughter.

Let’s go back first, in case you missed it: A host of plot enthusiasts gathered at the AT&T Discovery Plaza in early November and finally made their way downtown to Dealey Plaza. . The group had reunited over a rumor that John F. Kennedy Jr., the son of JFK who died in a plane crash in 1999, would make an appearance at the site.

Apparently, this cameo would accomplish two things: It would prove that all those paranoid people were right from the start about JFK Jr.’s death.

It’s been almost 30 days, and some QAnoners are still here convinced that the truth will come out and all those disappointed friends and families will come back into their lives. And in case even a part of you was wondering, no, JFK Jr. did not come out of his grave or appear at the rally.

If it was another group, they would put away their patio furniture, take off their funny patriotic hats and go home. This doesn’t happen when you support QAnon, however. You are either all over the place or you are one of them. You roll up a sleeve, tie a belt over your bicep, and insert the needle of a Kool-Aid drip bag into the first bulging vein you see.

Still not convinced? There is a video that should do the trick.

When you hear a band singing the ‘We Are the World’ 80s hymn to peace, you know desperation looms in the air. The situation is even more dire if they hold candles while they sing it. This is the pop culture Morse code for “SOS”.

It’s easy to poke fun at this group and their weird certainties about how the world actually works. This moment is no different, but there’s a twinge of sadness hanging over them as they cement their heels in an obvious hoax just because people tell them it’s a hoax.

If there’s one thing we can take away from this moment of hindsight, it’s that it makes us miss the days of Gal Gadot and his wealthy friends singing “Imagine”.