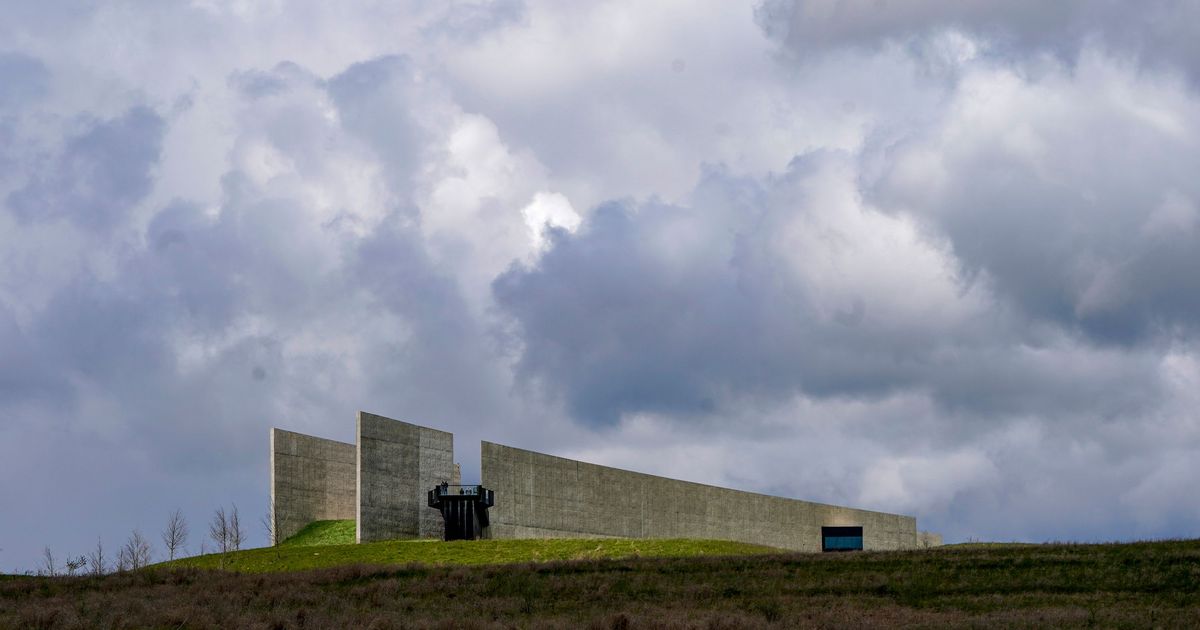 Where the meaning of flight 93 can never stop

Paul Murdoch did not endeavor to heal the wound of the earth, but to preserve it like a scar. The architect of the National Flight 93 memorial has spent most of the past two decades fine-tuning his plans to honor the 40 people killed when Al Qaeda hijackers flew a plane from row in an empty field in the Allegheny Mountains on September 11, 2001.

Of the four sites where terrorists used commercial airliners as missiles that morning, western Pennsylvania was structurally unrelated to the others. It was distant and simple. There was no building that could fall. No masses to watch in horror or survivors to flee when the plane struck the ground at a speed of 580 miles per hour. But the terrorists were targeting Washington, DC, where they intended to strike the White House or the United States Capitol. They were stopped by passengers and crew who, alerted to the attacks on the World Trade Center, stormed the front of the plane and forced it down 126 miles from the target.

â€œIt’s not that there haven’t been heroic actions at the Pentagon or the World Trade Center. There were a lot of heroes, â€Murdoch said. But the acts of heroism aboard Flight 93 were different, he added, “and I think that means the expression of this memorial has to be different, has to be a little more ambitious in its statement, not only on the absence of these people. “

The challenge of the memorial was to reflect the complexities of what happened – tragedy and triumph, life stolen and life protected in the same movement – as well as addressing the contradiction of the heavenly landscape with the evil of what happened. unfolded here. Getting there, Murdoch said, wasn’t about having some sort of grand vision or ideas for an intriguing statement. It was a delicate art, much more to show than to say, and which required hyper-perception, humility and sensitivity. Style was a way of communicating what the nature and the facts of the case had to say. But that was not the point. What he designed is an honest place, not sentimental. Everything he needed was already there, in the information provided by those on board Flight 93, documented in phone calls to loved ones and in the black box audio, and by the environment they found themselves in. crushed.

A few days before the 20th anniversary of the 9/11 attacks, I drove from Washington to Shanksville to visit the memorial with Murdoch. A few miles further up the road and between thunderstorms, the sun broke through the clouds and landed on fields of slippery grass and wild flowers, and on hemlock and aspen leaves, setting them ablaze like stained glass windows . The friction of fear and horror is often a part of the memorial experience. Molly Ivins once wrote of the Vietnam War Memorial: â€œIt’s terrible out there in the peace and the pale sun. I registered the beauty around me and felt sick.

Out of respect for the range of emotions that can be felt here, Murdoch said he wanted to build something abstract enough to give people a chance to reflect. â€œYou could create a place that only perpetuates anger, terror or fear,â€ he explained. “It’s very easy to reduce it to something that doesn’t allow for a multiplicity of interpretations.”

“I think there has to be some abstraction in the shapes because they have to be accessible to a lot of different types of people, whereas if it is something very specific and figurative, how much is there? there ways to interpret this? ” The rarity of his sculptures and structures, he said, lies in keeping open the possibility of varied interpretations. â€œSpace is important,â€ he said, â€œYou have to be bold enough, simple and clear. “

Murdoch stood under the Tower of Voices, a 93-foot Jenga tower that he describes as an instrument. From the early days of his work on this project, in 2005, he knew he wanted to bring sound into the memorial somehow, recognize the power of passenger phone calls and voicemail messages in the minutes leading up to their assault on the terrorists. Inside the concrete beams, arranged like the branches of hemlocks, are steel sails and 40 hollow cylinders that function like chimes.

â€œWe had people who could simulate the sound [the tower would make] in a sound lab. We had people who could simulate the wind using computational fluid dynamics, â€said Murdoch. They tested the instrument in the Arizona desert, with input from a team of structural engineers, wind engineers, acoustic engineers, sailors, sailors, a music teacher. and chord theory and a wind chime artist. He wanted to achieve harmony, as a tribute to the people who acted together that day, and dissonance, as an acknowledgment of their death.


The tower is also meant to be a “positive statement,” Murdoch explained, “in the sense that it is lifted out of the field and presented to the sky and the wind and the sun, and that these voices project, I think, in a beautiful way.

As we spoke, a pack of children on excursion approached. They wore brown T-shirts that used the Twin Towers in a logo to represent the letter L. “Are you Mr. Murdoch?” asked teacher Jennifer Reno. â€œI love your design. I told my children about it. Another teacher walked up and thanked Murdoch as well. They posed for a photo. Reno nodded in the direction of the children. They had walked up the slope to the tower. Some of them heckled, like children do. And some of them were standing together, necks outstretched, eyes looking up. â€œIt’s a little harder when they weren’t there,â€ Reno commented.

As Murdoch seems to have intended, it is possible to regard the five square miles of this national park as an educational tool as well as a monument to heroism, or a place of mourning for the families of the dead, or a marker of the beginning of the war we were told has just ended. On a window overlooking the field where a rock symbolizes the crash, it is described as follows: â€œA common field one day. A field of honor forever.

Daily news about the politics, business and technology that shape our world.


By submitting your email, you agree to our terms and privacy notice and to receive email correspondence from us.