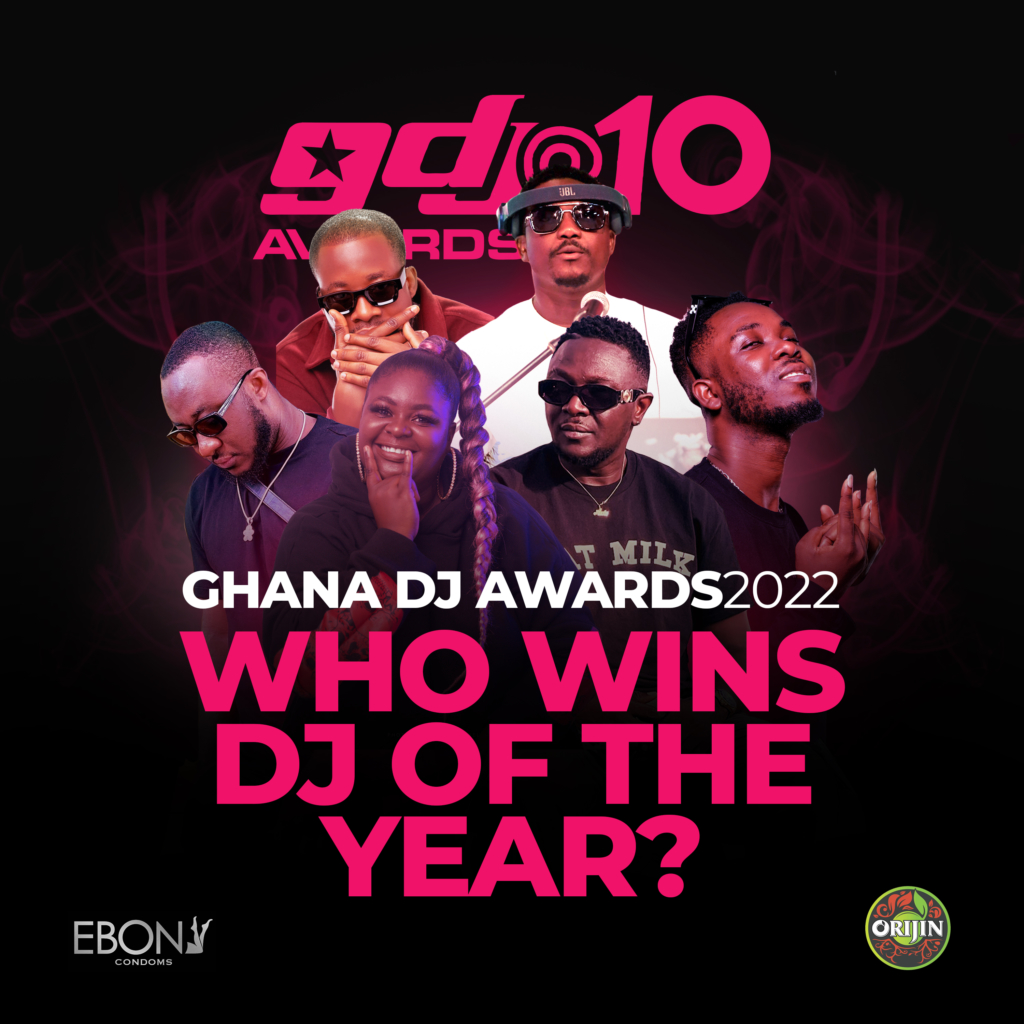 The 2022 edition of the Ghana DJ Awards features the tightest list yet in the coveted DJ of the Year category.

In 2021, DJ Vyrusky won the DJ of the Year award. He won the coveted award 4 times in a row. The big question is “will he get the best on the 5th account?”

They include ‘Afrobeats/Hiplife DJ Of The Year’, ‘Best DJ – Southern Zone’ and two nominations in the ‘Artist DJ of the Year’ and ‘Mixtape Of The Year’ categories.

Other notable nominees include; DJ Coleda, who received a nomination in the “Best Scratch DJ of the Year” category.

The awards ceremony, produced by Merqury Republic, is scheduled for Saturday, November 5 at the Silver Star Tower in Accra. It will bring together top Ghanaian and international disc jockeys to celebrate with music fans.

The awards program organized by Merqury Republic since its inception has captured the hearts of showbiz industry stakeholders and music fans in Ghana and beyond.

According to the organisers, this year’s Ghana DJ Awards have been designed to bring more excitement to music fans in the country.

This year’s event will see live stage performances from some selected famous DJs such as DJ Andy Dosty, DJ Aroma, DJ Azonto and a host of others performing at the event.

DJs will perform alongside music icons such as Stonebwoy, Kuami Eugene, Obaapa Christy, Keche, AK Songstress, among others.

Incredible Zigi and the Afrozig Dance Company, Militants Dance Group, DJ Xpliph, Deri, Lumi DMR and Vanilla were also announced to delight fans during the event which is being held under the theme “The Greatest”.

DISCLAIMER: The views, comments, opinions, contributions and statements made by readers and contributors on this platform do not necessarily represent the views or policies of Multimedia Group Limited.